I think it’s fair to say that Uncle Milton Toys have a rather unique take on their Star Wars licence. Rebelscum have been reporting on the 2012 toy fair and had these photos to show from Uncle Milton’s stand. Not a lot to interest me except these rather fun “Anti-Gravity Balls”. 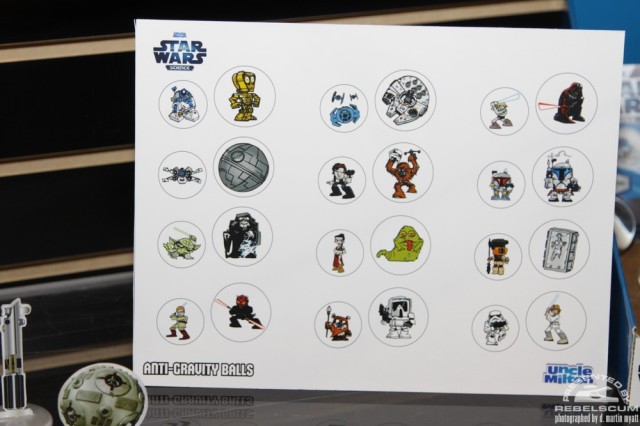 The Falcon’s cute, but i bet they’ll be very tiring very quickly to all the parents out there. 🙂

It’s exactly the same as the Millennium Falcon plush toy that was recently released by Comic Images.

A long time Science Fiction fan and Star Wars collector, my collection focus has taken a turn towards Han Solo's iconic Star Ship and I thought that i'd start this blog to keep track of my collection of Millennium Falcon related stuff as i progress.
View all posts by mffanrodders →
This entry was posted in Things that i don't have yet..., Toys and Games. Bookmark the permalink.