When I first started my collection back in 2010, Scholastic released a Millennium Falcon 3d owners guide. It’s a pretty impressive picture book that details the intricate workings of the Millennium Falcon as defence, sensors or life support.

I love that the book also details the roof of each level as you turn the page. It’s an awesome book that has a lot of nice detail and it puts a new spin on the cross section format that I adore. I have a couple of copies in foreign languages. I also have one signed by Chris Trevas and Chris Reiff.

A revised and updated version for the sequel trilogy Millennium Falcon was released recently. I haven’t yet had a chance to go through them to see what the differences are between the two, but I would expect the same level of attention to detail that the original had. 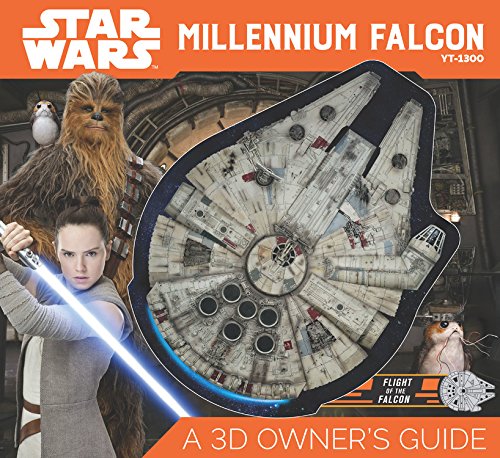 I hope they release one for the Falcon as we see her in Solo.

A keen Star Wars collector since 1977, my collection focus seems to have taken on a turn towards Han Solo's iconic Star Ship. Why the Millennium Falcon? No one else seemed to have one at the time and it was fair to say that i had difficulty resisting the higher end models. My friend, icruise from Rebelscum has a superb blog for his Jabba the Hutt collection, I thought that i'd start this blog to chart my own collection of Millennium Falcon related collectibles as it increases.
View all posts by mffanrodders →
This entry was posted in Books and tagged Books, Millenium Falcon, Millennium Falcon, Star Wars. Bookmark the permalink.