One of my first purchases as a Millennium Falcon collector was my scrap metal Falcon made from car parts. “It’s a piece of my world made into something of your world”, said my girlfriend, and she wasn’t wrong. Eight years later, I still rate it highly in my collection and it’s my girlfriend’s favourite piece. Jason Hurst has created this scratch build of the Millennium Falcon as she’s seen in The Empire Strikes Back and it’s made entirely from steel. At 24″ long and 18″ wide, it weighs 46lbs, so it’s quite a beast. It has a lot features built in to it, including a full paint application, a rotatable ball and socket display mechanism, landing, exhaust and engine lighting and five sound effects coming from two, 2 amp speakers built into the vents on the rear of the sculpture. Isn’t it just beautiful and inventive in it’s creation?

The build took a whopping 130 hours over five weeks. I asked Jason how much it would cost to commission one and we’re probably talking between $3, 000 to $5, 000. Then there is shipping to consider. I think you get a quite a lot for your money.

Here are the photos from his build thread over at the RPF. Here he chronicles its design and execution so you can see just how much work went into building this. 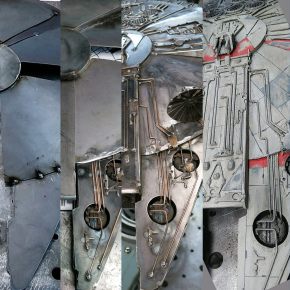 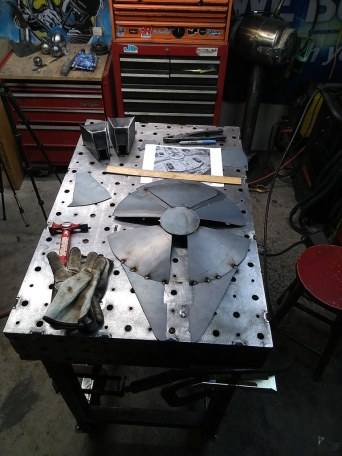 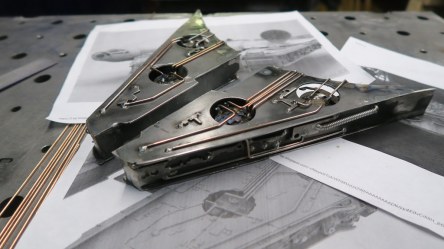 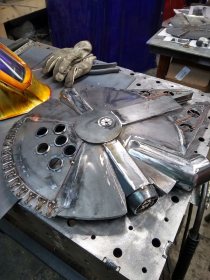 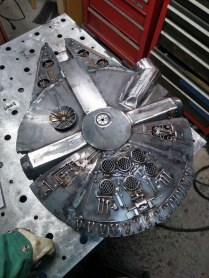 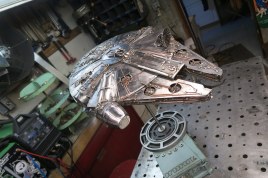 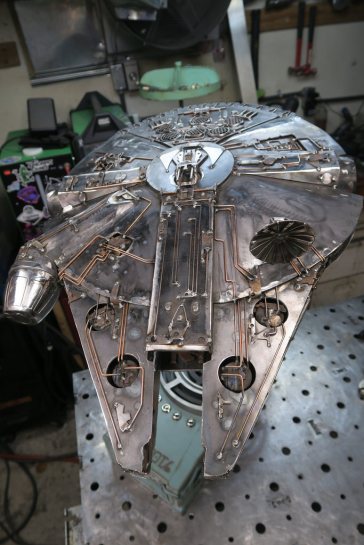 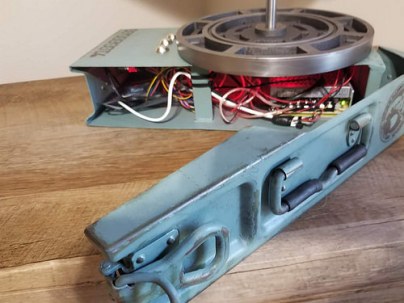 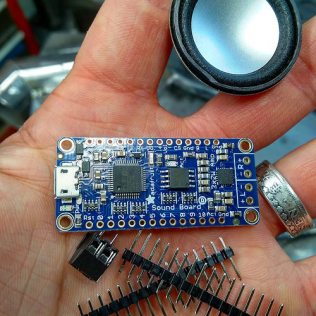 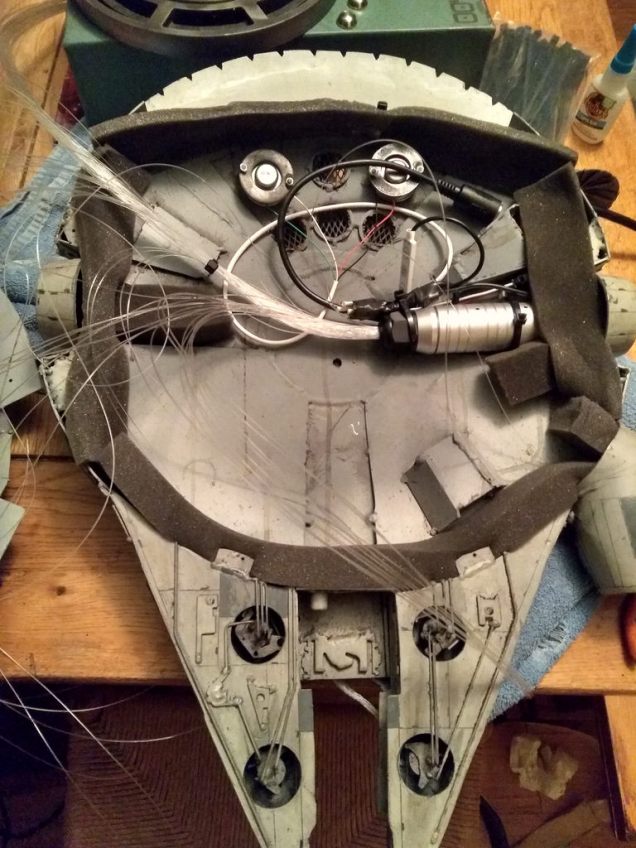 Of course, I want one, but I think I’d want something different. Perhaps keep the steel finish, or add removable landing gear or the entrance ramp so that I can display it in a landed configuration.

I’ve sent some questions asking about the build, but the RPF is down at the moment.

!Hi Jason, tell me about yourself and how you got into metalwork sculpture?

I am a self taught welder. I’ve been welding for 9 years and sculpting for 4. I have always loved making things and now I push myself to make things out of metal.

You put in 130 hours into making the Falcon. That is a heck of a lot of work. Did your client stipulate lights and sounds, or did you add to the specification to make it the best it could be?

My customer gave me free range to make what I wanted with only 1 stipulation, that it be painted. So I added lights and sound to learn new skills and make the sculpture interactive.

How much research did you need to do before you felt confident enough to start the project?

I studied the studio models and researched for a month before I began work.

What was the most challenging aspect of the build for you?

Getting the proportions correct. This is key in making any sculpture work for me is getting the basic shape and scale correct. Your eye will notice if something is disproportionate far easier than noticing if a small detail is missing.

You said that the Radar dish was your favourite part of the build. Why is that?

The dish was one of my favourite parts because I got to incorporate a new technology in the mount. I had never used magnets in my sculptures up to that point but mounting the dish with a magnet opened many doors for me and future builds.

I’m looking forward to see what you come up with. If you built another one, would you do anything differently?

I would make it Studio scale from Empire Strikes back.

How difficult was the Falcon compare to some of your other Star Wars builds?

The Falcon was my most complicated and detailed work up to that point. It marked a huge leap for me as it was my first use of Lights and a soundboard in a sculpture. There were no restrictions on time or budget for this build and that gave me the opportunity to really push myself and see just how detailed I could get.

You’re working on a couple of Slave 1 sculptures at the moment. I expect the unusual shape would be challenging, to say the least. How is that going?

Choosing Slave 1 was a deliberate attempt to challenge myself to learn a new skill, Sheet metal fabrication. Progress is slow on them but I am trudging along and things are going well.

I see quite a few Star Trek and Star Wars works on your sites. You’re clearly something of a sci fi fan. What would be your dream project?

I want to replicate the Hammer head corvette pushing the star destroyer scene from rogue one, in a 4 foot scale!

Check out Jason’s website, YouTube feed and Instagram. He’s is currently in the process on sculpting Boba Fett’s Slave One in studio scale, so I’m really looking forward to seeing that.

A long time Science Fiction fan and Star Wars collector, my collection focus has taken a turn towards Han Solo's iconic Star Ship and I thought that i'd start this blog to keep track of my collection of Millennium Falcon related stuff as i progress.
View all posts by mffanrodders →
This entry was posted in Art, Things that i don't have yet... and tagged Art, Jason Hurst, Millenium Falcon, Millennium Falcon, Sculpture. Bookmark the permalink.