Some time ago Beast Kingdom released their Egg Attack floating Millennium Falcon. It’s a nice little thing, if a little expensive, but the floating feature makes a nice talking point for anyone that hasn’t seem it before. They are now releasing a version for Episode VIII; The Last Jedi with an Ahch-To base to float on. 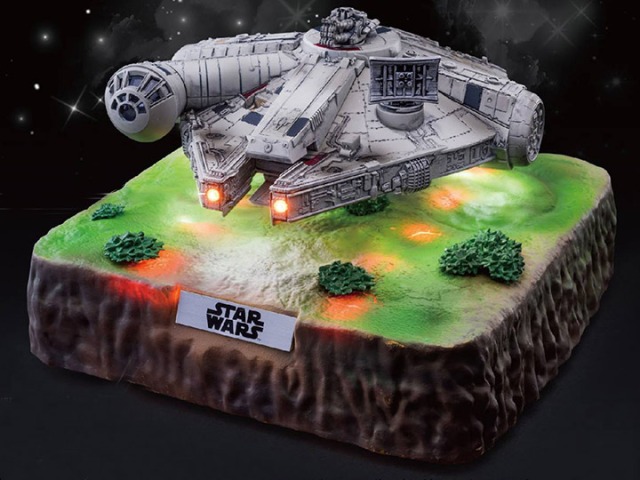 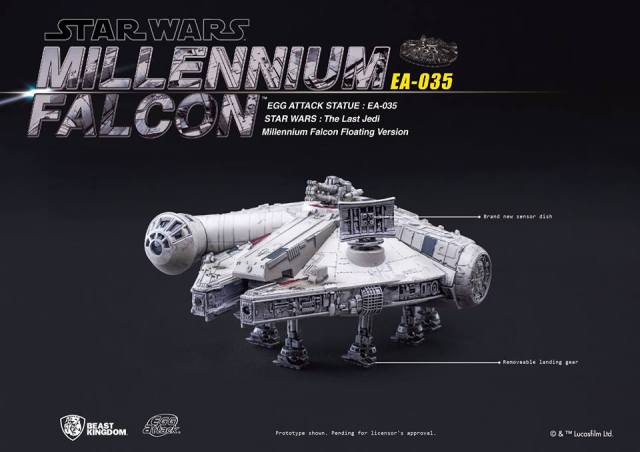 I have both the regular and the chrome versions of the Original Trilogy Falcon, so I might just get this version as well. The inclusion of landing gear is a really nice touch IMO.

A keen Star Wars collector since 1977, my collection focus seems to have taken on a turn towards Han Solo's iconic Star Ship. Why the Millennium Falcon? No one else seemed to have one at the time and it was fair to say that i had difficulty resisting the higher end models. My friend, icruise from Rebelscum has a superb blog for his Jabba the Hutt collection, I thought that i'd start this blog to chart my own collection of Millennium Falcon related collectibles as it increases.
View all posts by mffanrodders →
This entry was posted in Things that i don't have yet..., Toys and Games, Uncategorized and tagged Beast Kingdom, Millenium Falcon, Millennium Falcon, Star Wars. Bookmark the permalink.