With the new Han Solo movie coming out this summer, there’s a lot of speculation on what the Millennium Falcon will look like for this prequel. There has been a leaked photo showing the Falcon in Blue and White livery, a flatter dish and no mandibles.

I’ll wait to see the movie before I make any final judgement, as this version may still capture my imagination. However my first impression is that it’s too far removed from the Falcon has we saw her in Lucas’s original trilogy, (My trilogy). I’m not a fan, so I doubt if I will collect this version unless there is something new or spectacular to add to my collection.

I am rather hoping that we’ll see her transformed into something we recognise throughout the course of the movie.

Negativity aside, Lego are releasing a set of the new Han Solo Millennium Falcon this April. Rather interestingly, this set’s called the Kessel Run, so it looks like we’ll be witnessing this famous chapter of our favourite Smugglers history.

I may get one of these, If only because Lego is just so awesome. 😎

No idea on how many pieces, size or price point, but I would estimate that it’ll be around £120 retail.

Rebelscum posted these photos from their coverage of the International 2018 Toy Fair. 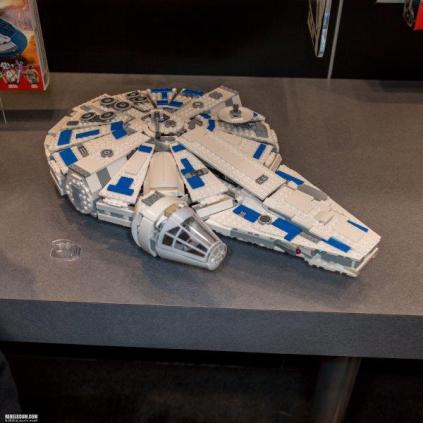 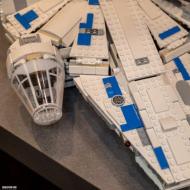 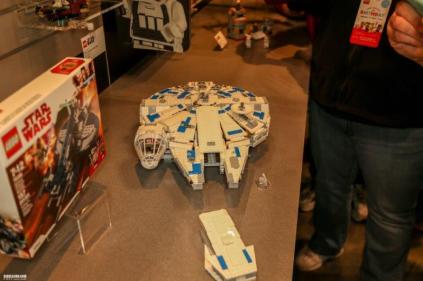 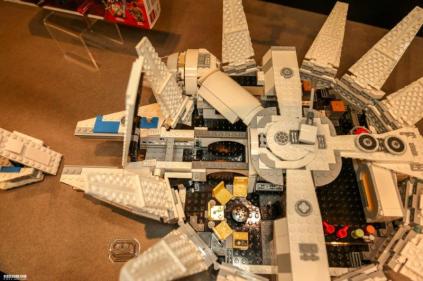 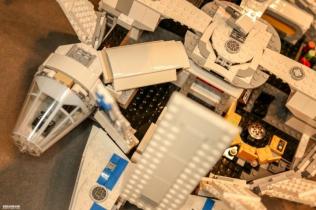 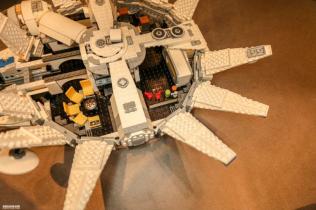 It looks like a good set. It is interesting to see that the boxy shape between the mandibles is some sort of ship. Much like the Cargo Handler that Kenner prototyped in the 80s. Interesting.

A keen Star Wars collector since 1977, my collection focus seems to have taken on a turn towards Han Solo's iconic Star Ship. Why the Millennium Falcon? No one else seemed to have one at the time and it was fair to say that i had difficulty resisting the higher end models. My friend, icruise from Rebelscum has a superb blog for his Jabba the Hutt collection, I thought that i'd start this blog to chart my own collection of Millennium Falcon related collectibles as it increases.
View all posts by mffanrodders →
This entry was posted in Lego, Things that i don't have yet... and tagged Han Solo, Millenium Falcon, Millennium Falcon, Star Wars. Bookmark the permalink.

1 Response to Lego 75212. The Millennium Falcon from Han Solo