At this years San Diego Comic-Con, Hasbro are showcasing their 3.75″ action figures in some rather cool dioramas, including this very , very nice Millennium Falcon dio. Of course, none of them are designed for mass production and sale, but they are all really good, none the less. 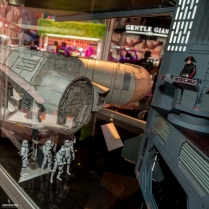 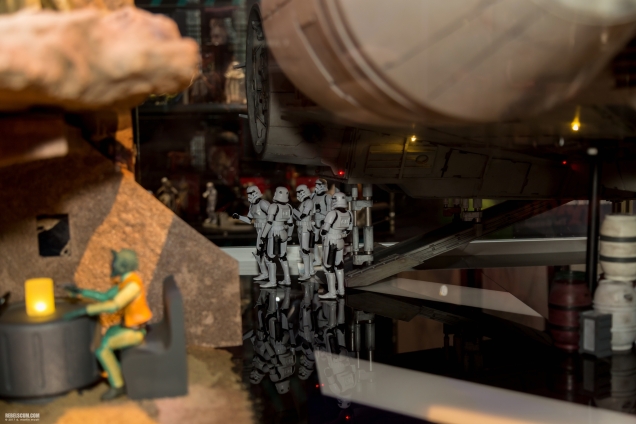 I suppose that you could argue that it’s a reworking of Attakus’s Millennium Falcon and Death Star Dio, but the inside’s not as detailed. The outside looks pretty good and the addition of lights is a nice touch. (Something that would’ve made the Attakus dio even better.) 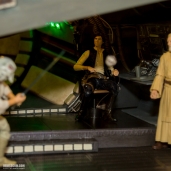 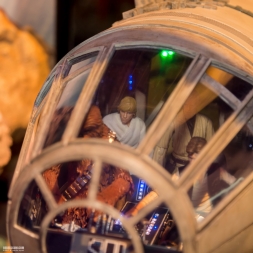 It’s not quite up there with Hot Toy’s displays last year, but it is a great display.

Thanks to Rebelscum and their ongoing reporting of the SDCC for the heads up and the photos.

A keen Star Wars collector since 1977, my collection focus seems to have taken on a turn towards Han Solo's iconic Star Ship. Why the Millennium Falcon? No one else seemed to have one at the time and it was fair to say that i had difficulty resisting the higher end models. My friend, icruise from Rebelscum has a superb blog for his Jabba the Hutt collection, I thought that i'd start this blog to chart my own collection of Millennium Falcon related collectibles as it increases.
View all posts by mffanrodders →
This entry was posted in Hasbro, Things that i don't have yet..., Toys and Games and tagged Hasbro, Millenium Falcon, Millennium Falcon, Star Wars. Bookmark the permalink.