Bandai are releasing this beautiful 1:72 scale version of the Millennium Falcon as seen in Star Wars Episode IV; A New Hope. 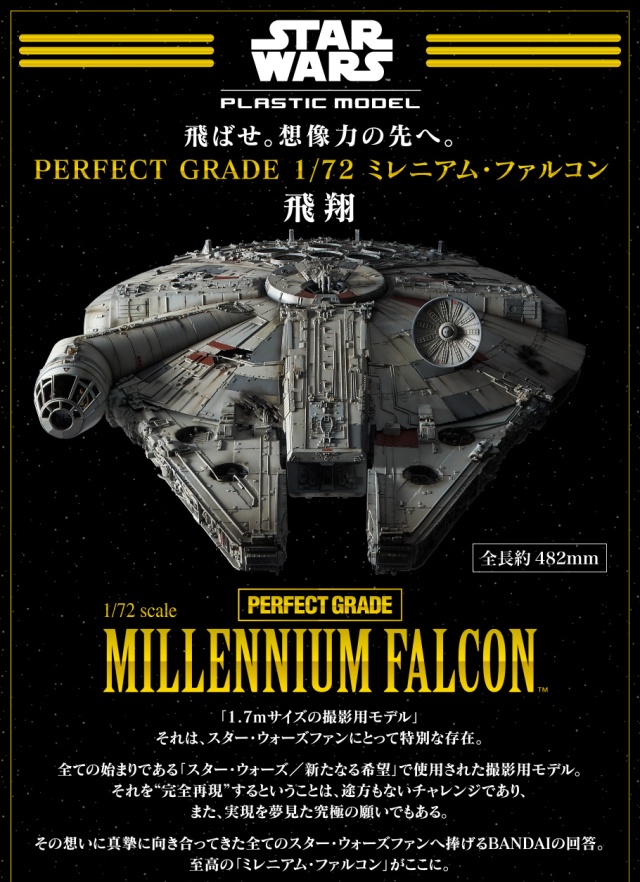 Based on the five foot version of the filming models, Bandai’s “Perfect Grade” version claims that it looses none of the detail.

It also looks like the LED lighting comes as standard on this kit. 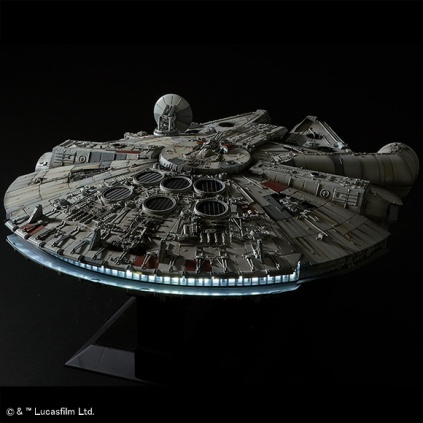 From what i can make out, the kit has quite a nice flight display base, but it can also be displayed with the landing gear.

It’s price at JPY43, 000 which is about £300. Add shipping costs and VAT and this will end up costing me nearly £450. Pricey, but as a collector, i think that it’ll be worth it overall. The Fine Molds version is from The Empire Strikes Back, so the two should display really nicely next to each other.

I’m not a modeller, so i’ll need to look at a pro built option.

Here are some more detail shots of the model. It does look really good and Bandai’s boast not to loose any details is very promising. 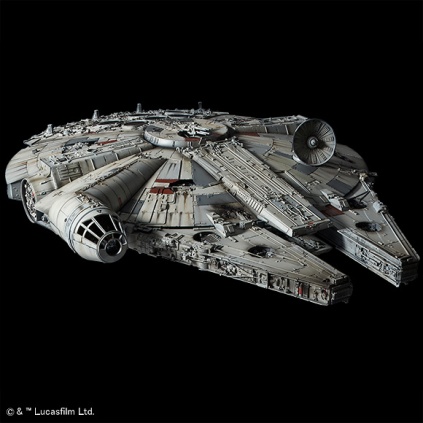 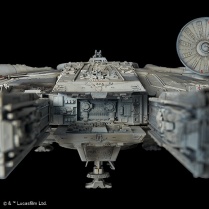 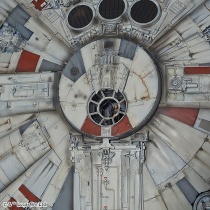 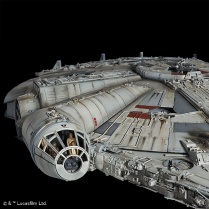 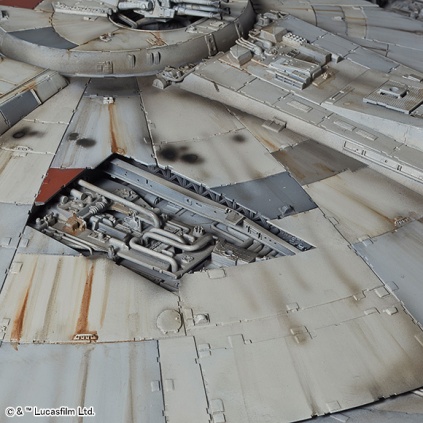 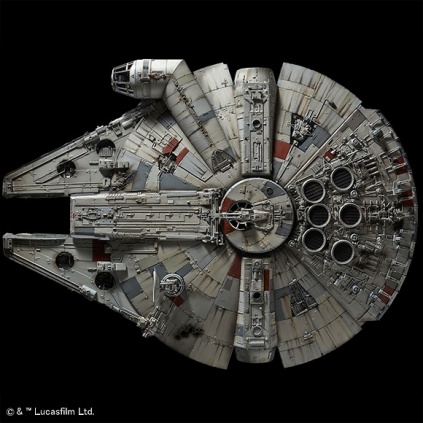 I particularly like the figurine in the gunnary station. A nice touch.

I’ll try and find out more details later as i’m curious to know how many pieces will make up the kit. At the moment, you can only get these from Bandai’s website.

So, what do you think?

I ended up ordering mine from Amazon.com and with tax and shipping, it cost me nearly £400. Worth it, though. I haven’t yet taken the time to have a good look, but first impressions are good. It’s well packaged and came in two shipping cartons, so damage during shipping is unlikely. The model itself comes in a lovely gloss black box. 10 out of 10 for packaging Bandai.

A long time Science Fiction fan and Star Wars collector, my collection focus has taken a turn towards Han Solo's iconic Star Ship and I thought that i'd start this blog to keep track of my collection of Millennium Falcon related stuff as i progress.
View all posts by mffanrodders →
This entry was posted in Model Kits and tagged Bandai, Millenium Falcon, Millennium Falcon, Star Wars. Bookmark the permalink.