Hyperdrive by Laced Up Metal

I had some luck with Art last year and was able to buy some really nice original artwork for my collection. In fact I enjoyed them so much that I’m seriously considering subfocusing my collection even further to collecting just Millennium Falcon related art. Anyway, I digress.

Laced Up Art (aka Manwell Gali) on Etsy is selling some really nice metal art. There are two which I’d like to buy, but the one that showcases that effect best is “Hyperspace“, which is of Han and Chewie in the Millennium Falcon’s cockpit as she jumps to light speed.

Manwell uses four layers of plasma cut 16 gauge steel sheets cut to create a 3D effect over a painted background. Sort of like a shadow box, but with metal rather than paper. The effect is quite striking in my opinion and because of the process that each image has to go through my s quite strenuous, each piece will turn out to be pretty unique. Below are some photos that show off the 3D effect. 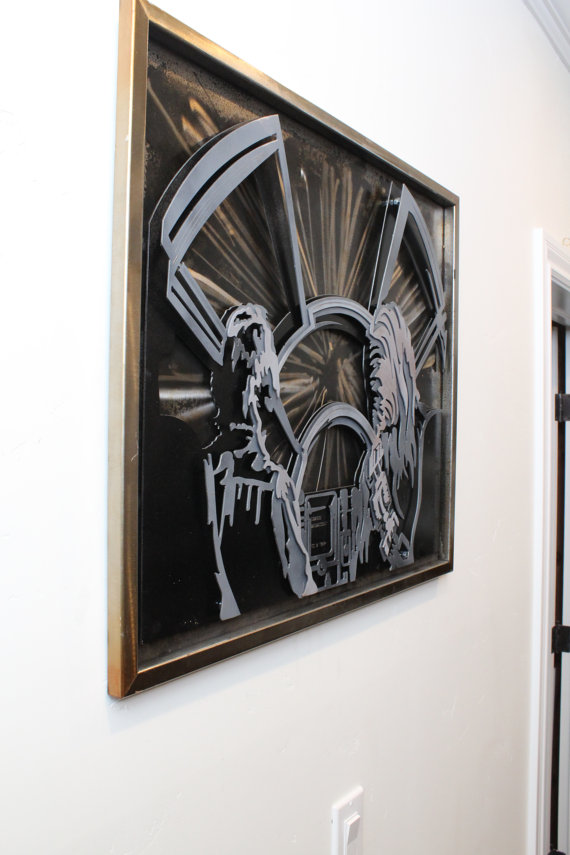 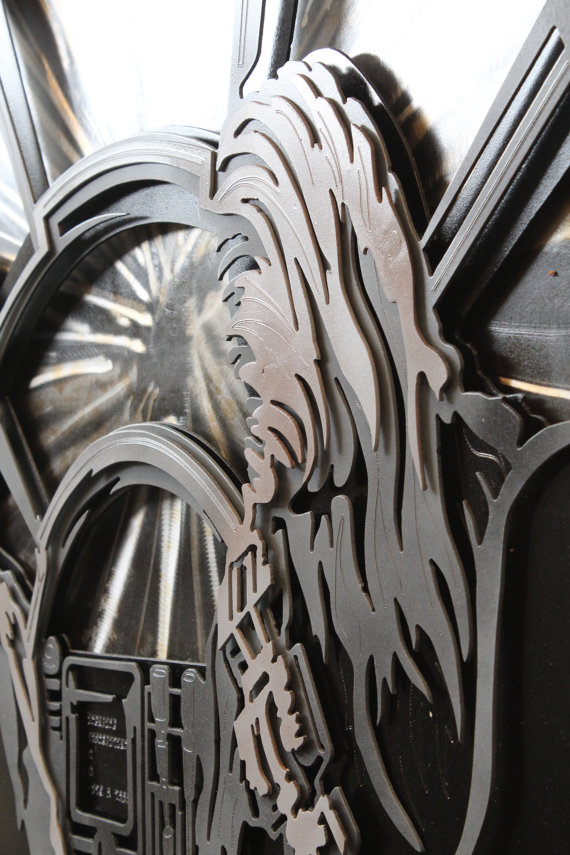 Each piece is $500 USD (roughly £350). I think you’ll agree with me when I say that that is a fair price as the effort that goes into this must be staggering and his work and talent certainly needs to be recognised.

The dimensions are 27″ by 23″. No idea on weight, but if you’re going to get one of these, I’d err on the side of caution when it comes to hanging.

Unfortunately, he doesn’t ship outside of the USA. I’ve sent him a message asking if he’d reconsider, but the weight of something like this must make shipping costs pretty prohibitive, not to mention the possibility of damage. Still, fingers crossed.

A keen Star Wars collector since 1977, my collection focus seems to have taken on a turn towards Han Solo's iconic Star Ship. Why the Millennium Falcon? No one else seemed to have one at the time and it was fair to say that i had difficulty resisting the higher end models. My friend, icruise from Rebelscum has a superb blog for his Jabba the Hutt collection, I thought that i'd start this blog to chart my own collection of Millennium Falcon related collectibles as it increases.
View all posts by mffanrodders →
This entry was posted in Art, Things that i don't have yet... and tagged Chewbacca, Han Solo, Laced Up Metal, Millenium Falcon, Millennium Falcon, Star Wars. Bookmark the permalink.