My last post for 2015 is an interesting one. Beast Kingdom are releasing this “Egg Attack” floating Millennium Falcon. It uses electromagnetic attraction and repulsion to created the floating effect and I believe that this will be the first Millennium Falcon model to do so.

No details on pricing or availability, but the features include lighting on the model as well as on the levitation base, which has been styled to look like Echo Base from The Empire Strikes Back. The model itself is approximately 5.5 inches in length. 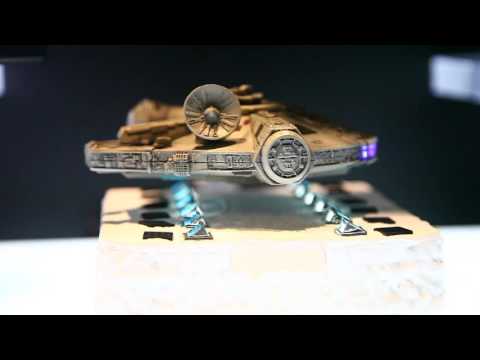 The detailing looks pretty good, although the oversize rectenna and docking ports clearly make it a toy. Still, I think it’s interesting and will probably pick two up so that I can display it. 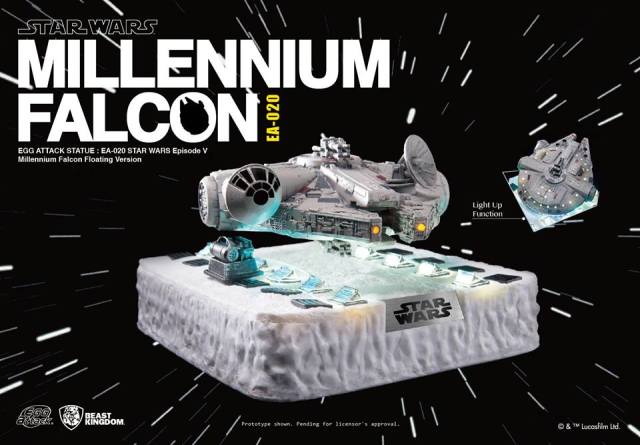 The estimated release date is June 2016 and it will retail for approximately 4990 Japanese Yen.

Thanks to Dis Kingdom for the heads up.

as well as the Falcon, they also showcased a pretty neat X-Wing at this years SDCC.

A long time Science Fiction fan and Star Wars collector, my collection focus has taken a turn towards Han Solo's iconic Star Ship and I thought that i'd start this blog to keep track of my collection of Millennium Falcon related stuff as i progress.
View all posts by mffanrodders →
This entry was posted in Toys and Games and tagged Beast Kingdom, Millenium Falcon, Millennium Falcon, Star Wars. Bookmark the permalink.