I’m not a fan of Football at all, but i thought that this was an interesting license. A company called Enfios have a nice line in Star Wars football jerseys. Their Chewbacca jersey (Called “Grrrwaaaaaarggggh“) has a stylised Millennium Falcon patch on the left breast. 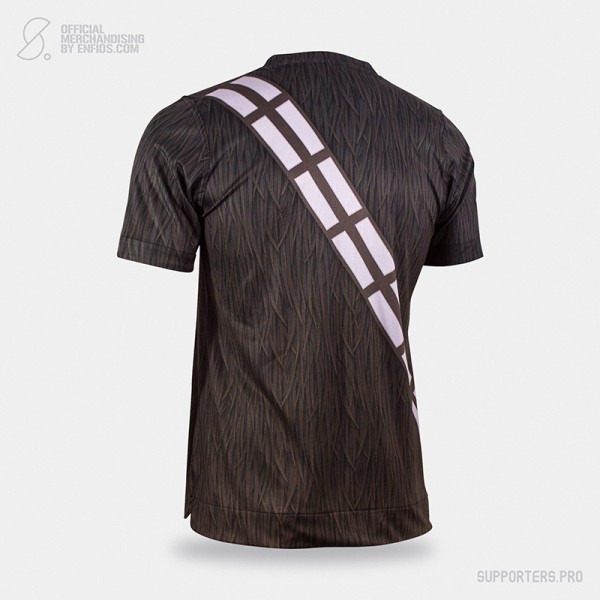 I particularly like the way that they have designed Chewies Bowcaster into the Falcon. Quite a nice touch in my opinion.

Also included in the set is Millennium Pilot; 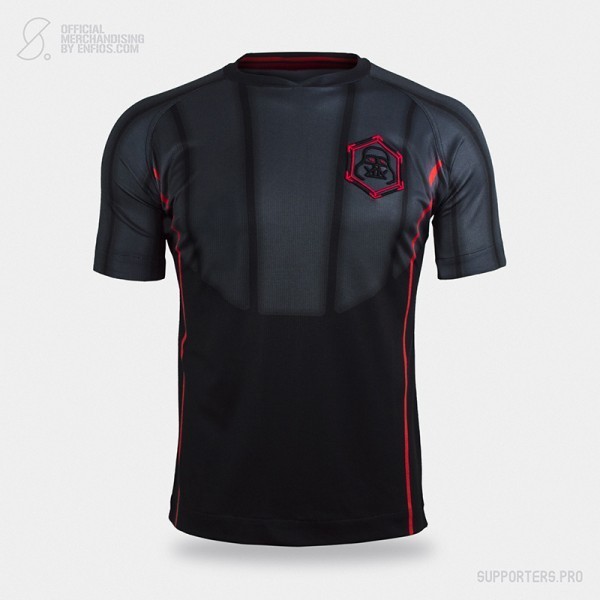 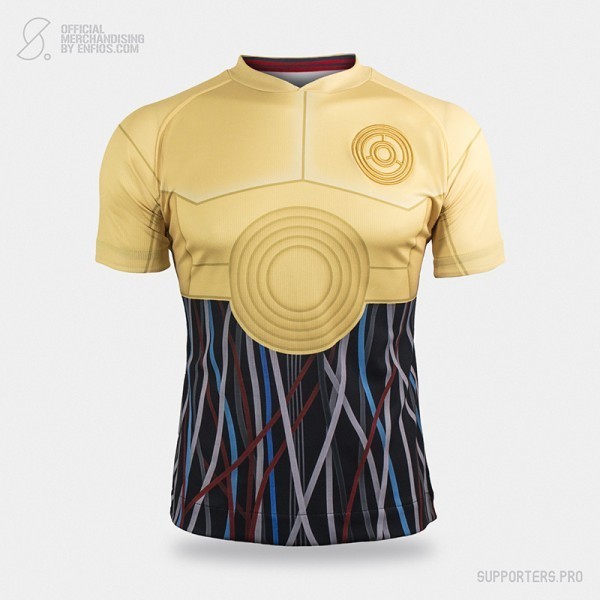 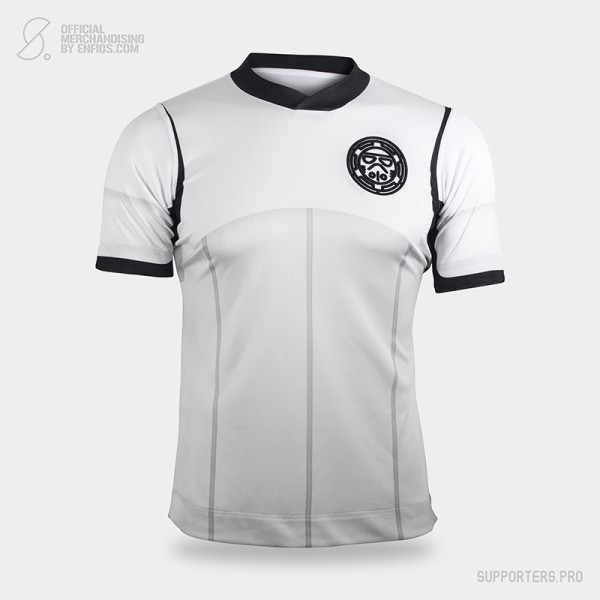 They’re 40 Euros each for a plain jersey or 45 Euros for a numbered one.

A long time Science Fiction fan and Star Wars collector, my collection focus has taken a turn towards Han Solo's iconic Star Ship and I thought that i'd start this blog to keep track of my collection of Millennium Falcon related stuff as i progress.
View all posts by mffanrodders →
This entry was posted in Clothing, Things that i don't have yet... and tagged Boba Fett, C3 P0, Chewbacca, Darth Vader, Millenium Falcon, Millennium Falcon, R2 D2, Star Wars. Bookmark the permalink.