Bandai are releasing this 1:144 version of the Millennium Falcon from The Force Awakens. Features include, eight TFA figures (both seated and standing), flight mode with Jakku style base, landing gear, a moveable ramp, two engine parts for flight and ground effect and two cockpit canopies. 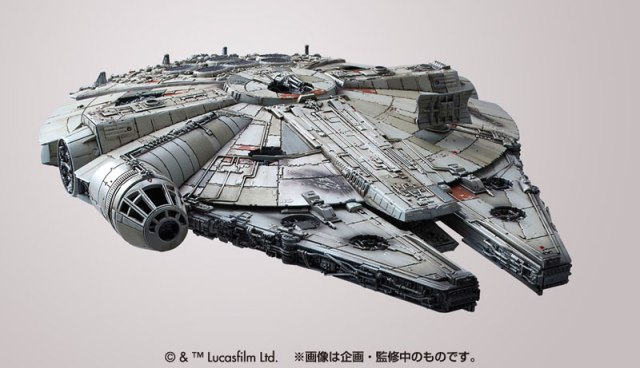 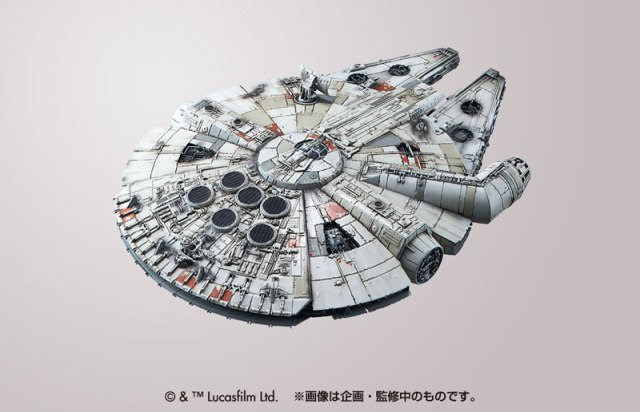 At the moment, im not sure where to order these from, so i will get back to you later.

A long time Science Fiction fan and Star Wars collector, my collection focus has taken a turn towards Han Solo's iconic Star Ship and I thought that i'd start this blog to keep track of my collection of Millennium Falcon related stuff as i progress.
View all posts by mffanrodders →
This entry was posted in Model Kits and tagged Bandai, Millenium Falcon, Millennium Falcon, Star Wars. Bookmark the permalink.