Something for the younger Star Wars fans from Hasbro this year are these rather cool molds from Play – Doh. There are a few, including Luke’s X-Wing and Vader’s Tie Fighter, but the one i’m interested in is the Millennium Falcon. 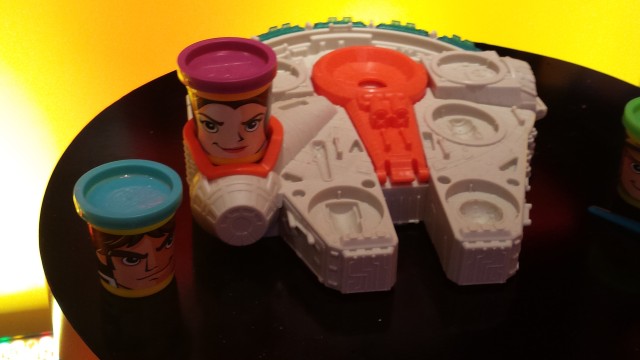 I love the character pots of Play – Doh. 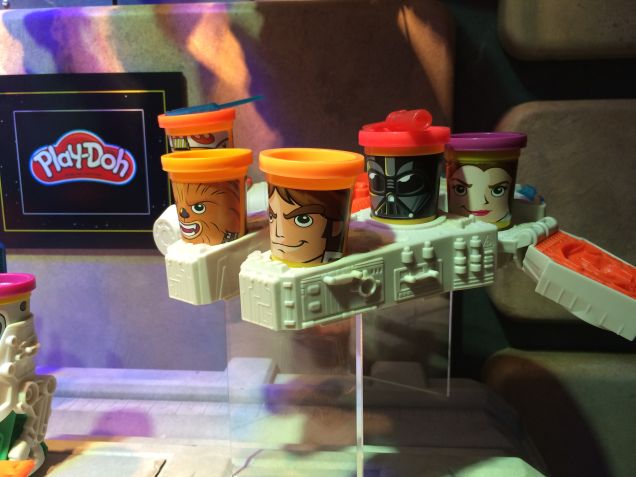 I don’t know when these are being released but they were debuted at this year’s toy fair. I’m hoping that we’ll start to see them at the later end of the year. 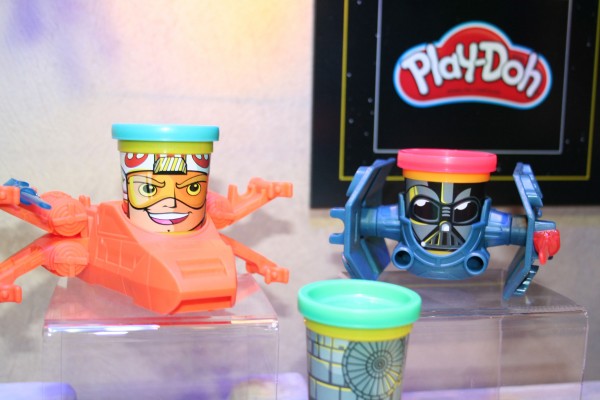 Interesting to see the pot with the Death Star theme. Does this mean we may see a Millennium Falcon pot?

A keen Star Wars collector since 1977, my collection focus seems to have taken on a turn towards Han Solo's iconic Star Ship. Why the Millennium Falcon? No one else seemed to have one at the time and it was fair to say that i had difficulty resisting the higher end models. My friend, icruise from Rebelscum has a superb blog for his Jabba the Hutt collection, I thought that i'd start this blog to chart my own collection of Millennium Falcon related collectibles as it increases.
View all posts by mffanrodders →
This entry was posted in Hasbro and tagged Darth Vader, Hasbro, Millenium Falcon, Millennium Falcon, Play - Doh, Star Wars, X-Wing. Bookmark the permalink.