Last year, DeAgostini released a 100 partwork model of the Millennium Falcon. The magazine was suspended after four issues and it turned out to be a trial run to gauge popularity. The test release must have been a success as DeAgostini have released the full run this year. As a subscriber, i will receive issues 1 to 5 free with the remainder costing me £8.99 per magazine.

What’s interesting is that the new magazine has completely retooled and resized parts from the original test run. (More about that later.) Also, i will be heavily posting from Ian Lawrence Models website on his WIP for this partwork and i thoroughly recommend that anyone else intending to build this kit take a look at his site.

So, with issue 1 you get the following model parts;

The magazine itself is only 14 pages, but i am glad to see that it is mostly centred around the Millennium Falcon herself, although there are some sections that focus on the Star Wars Galaxy. The last part is about how the model parts fit together.

I really like the original artwork detailing the various parts of the ship and issue one has some nice artwork on the main quad guns.

The arc of fire and shadow areas is a nice detail. 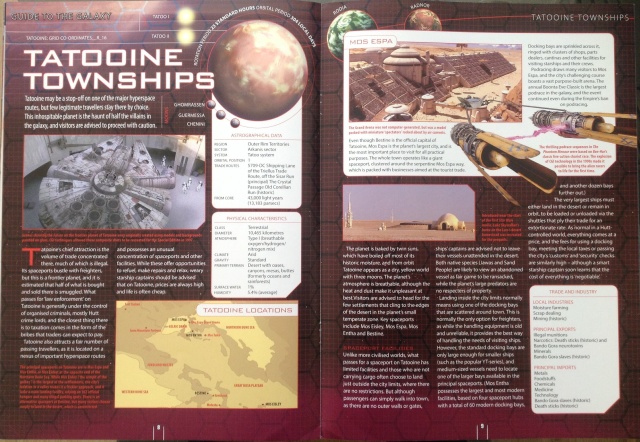 Included with part one is a nice guide to the partwork and a blueprint.

The blueprint is double sided with the opposite side showing the layout of the steel frams as well as the internal sections of the build. 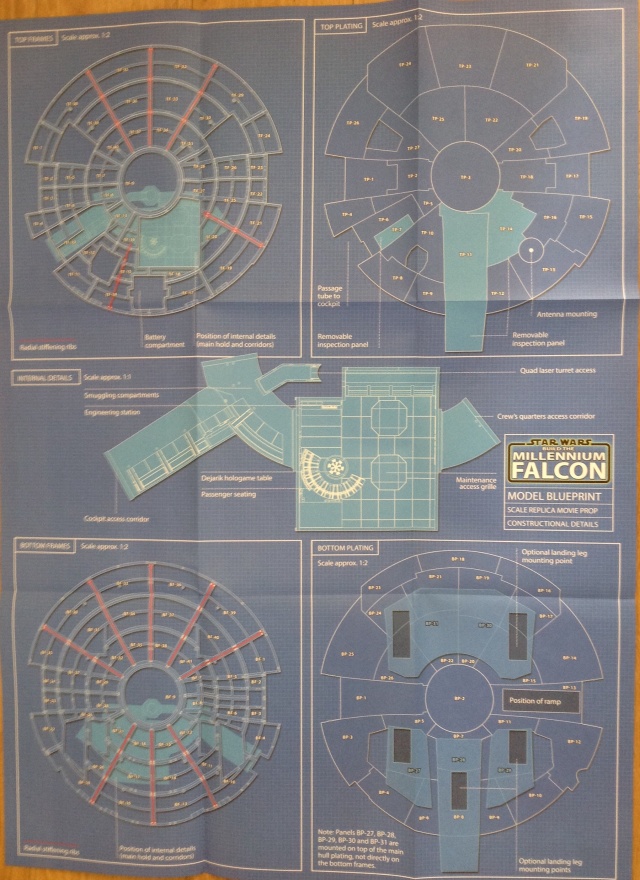 This is the blueprint from the initial run. You can clearly see the difference in quality between the two.

As a subscriber, i also got a tee shirt (which i didn’t take a photo of) and a free folder which holds 20 issues.

What is interesting is the comparison of the difference in size and quality of the parts as these photos from Ian’s blog shows (New parts on the left, old parts on the right). I think that it’s safe to say that the parts on the initial issue were never intended to form a part of the full model. 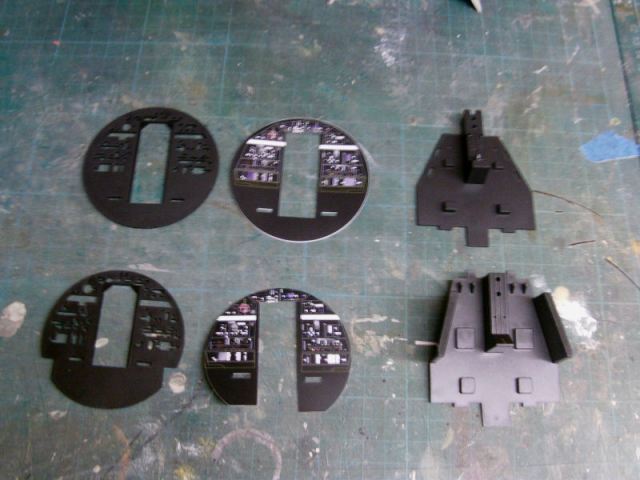