I have seen Christian Slade’s work on the Rebelscum forums. He has taken various vehicles from the Star Wars universe and painted them as arcade rides. It’s nostalgic work as i remember this style of ride. “Arcade 1979” has the Millennium Falcon. 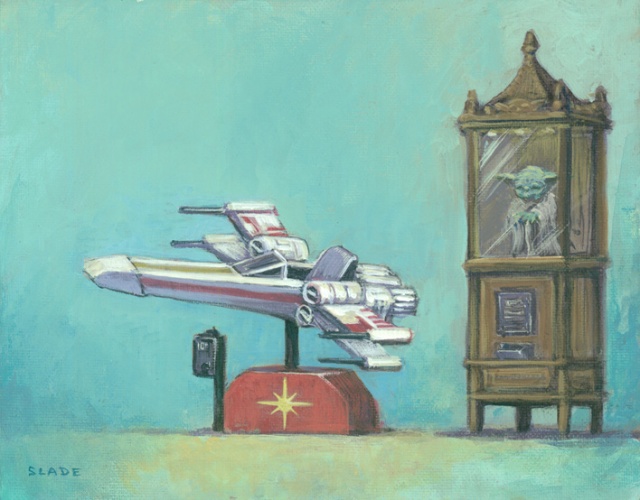 Slave 1 is conspiciously missing. I wonder where the series will go.

A long time Science Fiction fan and Star Wars collector, my collection focus has taken a turn towards Han Solo's iconic Star Ship and I thought that i'd start this blog to keep track of my collection of Millennium Falcon related stuff as i progress.
View all posts by mffanrodders →
This entry was posted in ACME Archives, Art, Things that i don't have yet... and tagged Art, AT AT, Christian Slade, Millenium Falcon, Millennium Falcon, X-Wing. Bookmark the permalink.