This is quite exciting for me. DeAgostini have released a new 1oo issue Star Wars part work called “Build The Millennium Falcon“. The model itself will be 31” long and lit. What’s exciting for me is that the model also includes interior parts such as the engines, cargo bay etc.

Once built you can display from a wall stand, which I think is pretty neat. I can’t comment on how the finished model will look, but it’ll take some doing to beat the Finemolds and Master Replica versions. 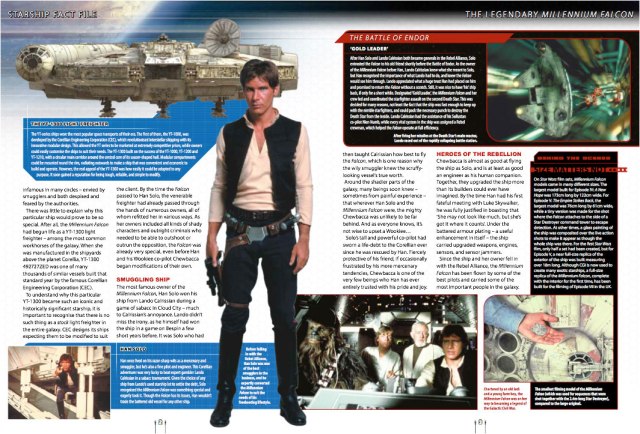 The Magazine itself promises to be Millennium Falcon centric so I’m hoping to see new artwork and Expanded Universe references. I wonder if Chris Trevas is involved with this project? 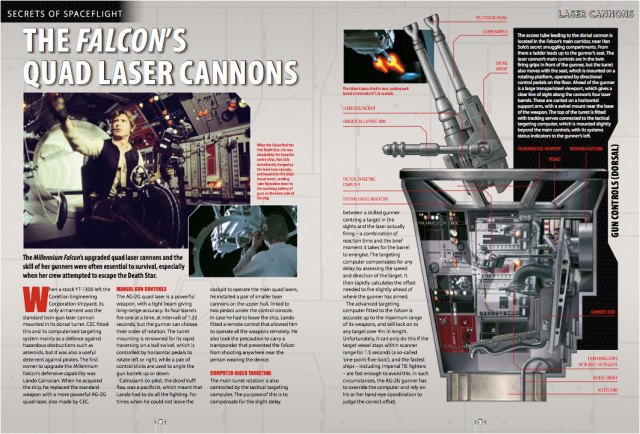 No doubt other aspects of the Star Wars will feature, but from what I see on their web sites, it’s all related to the Falcon herself. 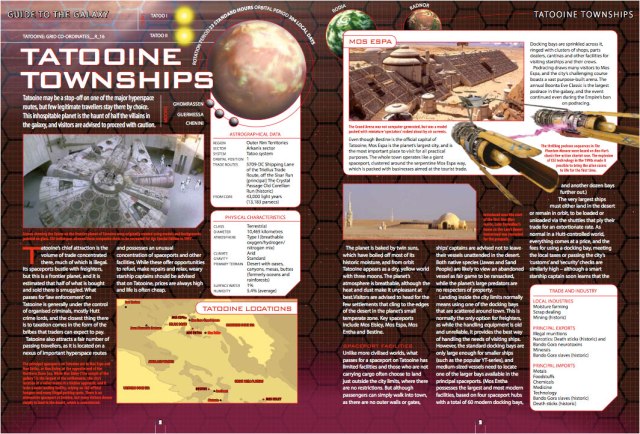 The first part is £2.99 and each subsequent issue will be £8.99 so I’m going to have to spend an impressive £893 to finish the set. I’m not even a modeller, so i’ll have to get someone else to put it together for me. 🙂 There is a section in each magazine that shows how to assemble the pieces.

Naturally, I have subscribed so I shall report further. Thanks to Dunk at the Rebelscum forums for the heads up.

07/01/15: Well i am pleased to report that the initial four issues were a tester to gauge interest in this product and as of 31/01/15, DeAgostini will start the run again. As i am subscribed, i should start receiving issues soon. What’s also interesting is that Steve Dymszo (Lead Designer on the Master Replicas Studio Scale) is involved in this project and that all of the major parts have been retooled. (See a comparison photo between the old and new models and the Master Replica Studio Scale.)

The newer part is the one on the left. Interesting to see that they are different sizes.

Rather annoyingly, the Daily Mail here in the UK have published this article about how parents are outraged at the prospect of paying £900 for a “toy”. I’m pretty annoyed with this as they’ve clearly assumed that because it’s Star Wars, it’s a toy. The MR Falcon’s are more or less settled into their final owners and anyone who wants one now has to pay an inflated price. This is an excellent oportunity for those that don’t have one to build their own high end model relatively cheaply. Besides, imagine how much fun fathers and sons can have building this together.

I shall post on the partwork as i receive the issues.

16 Responses to “Build the Millennium Falcon” partwork by DeAgostini.